Accessibility Division for Students with Disabilities 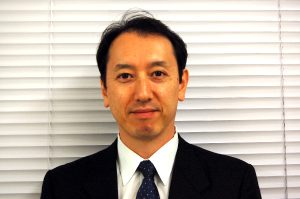 The features of the support system at University of Tsukuba that should be mentioned are that the personnel offering support for students with disabilities are students (Peer Tutors) who had received an intensive training course in which they gained a high level of skills and techniques that qualify them to be efficient supporters. Most of Peer Tutors take the “Symbiosis-Campus: How to Support Students with Disabilities” which is an introductory class conducted by specialist faculties of Accessibility Division for Students with Disabilities so that they can gain the basic knowledge on support techniques. Afterwards students take the intensive technique course pertaining to the specific disability type they want to offer support to and then students can register as a Peer Tutor. The support system had been initiated under the supervision of the specialist faculties, so the support system at University of Tsukuba is an efficient system that with all confidence we can be proud of. The number of participating students is now exceeding 200 students, including students with disabilities, and they are contributing in improving the quality of support provision.

© 2007-2019 Center for Diversity, Accessibility and Career Development,
University of Tsukuba All Rights Reserved.